Back in early August, without warning or public announcement, the Trump administration quietly introduced a change to the Medical Deferred Action program that allows migrant families to stay in the U.S. to receive life-saving medical care.

This surprise shift in immigration policy essentially ended the medical deferment program. Families previously given permission to be here were sent letters from the USCIS stating that they had 33 days to leave the country. Suddenly, immigrants with life-threatening conditions that were receiving care through Medicaid — including children with cancer — were facing deportation proceedings and becoming undocumented unless they removed themselves from the United States in a little over a month.

The small program, known as “medical deferred action,” allows people to remain in the U.S. for two-year periods if they can prove extreme medical need. Many of the people affected by the policy change came to the U.S. through a visa or other permitted status and are requesting to stay beyond those terms to receive medical treatment. | NPR – Trump Administration Ends Protection For Migrants’ Medical Care

After facing backlash from the public, immigration lawyers, advocates and 127 members of Congress (led by Sen. Elizabeth Warren, Sen. Ed Markey and Rep. Ayanna Pressley) that called for the program to be reinstated, the Trump administration announced it would process *some* previously pending applications from seriously ill migrants currently undergoing life-saving treatment. This temporary reprieve does not include first-time applications or any status renewal requests from those who already have deferment — and will likely need to continue life-saving medical care in the U.S. — that were received after August 7th when the policy was originally scrapped.


An emergency hearing held by the House Subcommittee on Civil Rights and Civil Liberties heard moving testimony from some of the people directly impacted by the ending of this humanitarian program, but it couldn’t find any answers for them as to why this policy change was implemented or who gave the order for it to begin. Daniel Renaud, a USCIS official questioned at the hearing, gave no specifics and made clear that while some cases were being reopened, this was an immigration reform that would not be stopped.

How this administration demonstrates its lack of care towards migrants in this country is not unexpected or, sadly, even surprising at this point, but to deny sick people, many of whom are children, a chance at surviving a condition or illness that their home country is unable to adequately treat is a low I had hoped this government would not fall to.

What are your thoughts about the ending of Medical Deferred Action?

ACLU of Massachusetts filed a lawsuit to challenge the Trump administrations rollback of the Medical Deferred Action program — you can donate to their work here.

To read the disclaimer for Transatlantic Notes, click here. 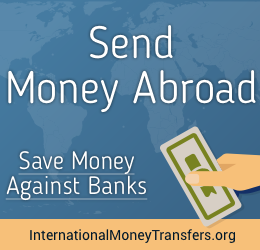